Discover the world of opportunities available to you through the Shell Graduate Program.

Whether you join the Shell Graduate Program in a technical or commercial role, you will receive unparalleled formal training designed to give you the knowledge and experience to become a future leader.

To learn more about the Shell Graduate Program and how you can kick-start your career, take a look at our Interactive Guide at the bottom of this page.

Find full-time opportunities in this region 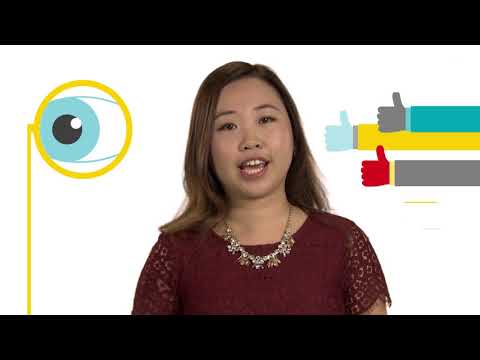 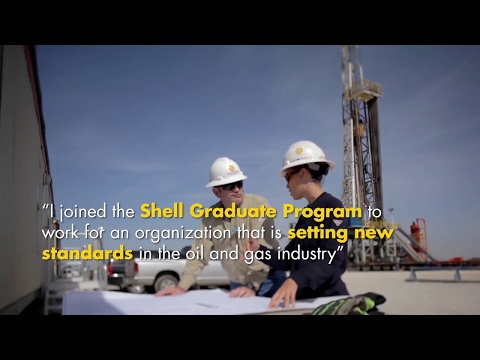 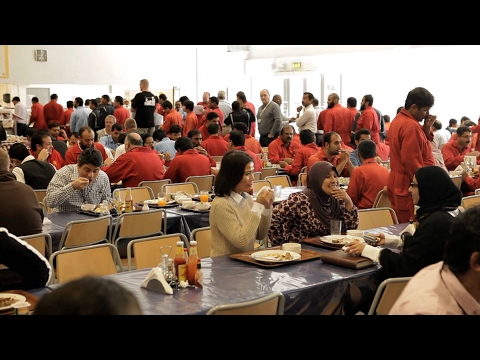 Short video explaining how to apply to the Shell Graduate Programme.

Hi, I’m Deanna. Welcome to Shell. Today, I’m going to take you through the steps for applying to the Shell Graduate Programme. Just some tips from me before we start.

We’re so much more than an energy company, so do your research and update your CV accordingly.

Various coloured icons depicting energy related machinery and windmills fade in and out on the screen around Deanna.

Here at Shell we are searching for ways to meet the energy needs of the future, taking on challenges to help the world progress is what we have done since the day we started. You’ll find loads of stuff on the Shell website to help you find a programme suited to you, including the degree matcher which pretty much does what it says. It guides you on a match between your degree discipline with our skill pool of disciplines.

A green globe surrounded by various coloured icons spinning around it appears onscreen. The icons flow out to the side of screen. Shot transitions to a screen showing many different coloured icons. Various shots of icons lighting up and changing to the same colour when a match is made. Shot changes to two large red icons which fill the screen.

When you’re ready the next step is the application form which takes about 10 minutes to complete. If you’re on LinkedIn save time by simply pulling across your profile.

Deanna facing camera. Icons appear onscreen representing an application form, an egg timer, a completed form. A large blue 1 appears at Dian’s side. Three forms numbered 1, 2, 3 appear which then appear to drop into an envelope. The envelope is sealed and appears to be emailed.

After you have submitted your online application you’ll go through to Stage 1 where you are asked to complete 3 online assessments. You’ll get an email to guide you through this, but in a nutshell, these are: 1, a general cognitive test with numerical and verbal abstract reasoning; 2, an assessment of your working style. You’ll need to accomplish these online assessments within 5 days of receiving them.

Deanna, facing camera. A cell phone icon appears with SENT message onscreen. The cell phone icon flies offscreen. Deanna holds up a finger indicating step 1. Several icons appear representing cognitive processes, a lightbulb, a chart/graph. A text box reading COGNITIVE TEST at bottom of screen. Deanna holds up two fingers indicating step 2. Words fly in from one side of screen and out at the other. A icon representing a calendar appears in middle of screen, pages labelled 1, 2, 3, 4, 5 are pulled off. Text flies in at one side of screen GENERAL COGNITIVE TEST, WORKING STYLE ASSESSMENTS and off at other end of screen. Text box reading ONLINE ASSESSMENTS at bottom of page.

Applicants who are successfully shortlisted will then receive an email inviting them to progress to the On-Demand Video Interview, a self-recorded video submission.

Various icons appear onscreen against a pink background, representing a monitor, keyboard and mouse, completed forms, a pen and pencil. The forms have computerised avatars at the top. A monitor on which the email icon and avatar icon appear to be emailed. An arrow points from the monitor to a text box withwords: ON-DEMAND VIDEO INTERVIEW. A monitor appears showing a recording being made with applicants answering questions. Flashing text 10 DAYS at the side. A text box reading VIDEO SUBMISSION at bottom of screen.

Our Graduate Recruitment Team will then review your application and let you know if you are through to the next and final step. This is our Live Virtual session. Essentially an online interview with 2 Shell employees and a case study to discuss.

Close-up of Deanna. At one side of screen an eye icon is shown representing review of application. At other side of screen arms are shown with thumbs pointing up. Sign appears at top of screen reading ON AIR. Two vari-coloured spinning circles appear on screen. In the centre of one the number 2 appears. In the other the word YOU appears. Three smaller spinning circles appear. In the centre of one there is a dialogue icon, in another a clipboard icon, in the third an icon representing two people.

This is where you have a chance to get to know us and for us to get to know you even better. So, expect this part to take around 2 hours. We’ll tell you more about this closer to the time, so you can prepare.

A circle appears with the word YOU centred. Various icons spinning around the word gradually fade out.

If you are successful, first of all, congratulations. We’ll invite you to your nearest Shell office so you can see where you’ll be working, your future manager and other successful graduates. It’s a great opportunity to really get a feel for the place. That’s it from us for now. You have now got the key information you need to get started with your application. Good luck and perhaps the next time we meet it will be as colleagues.

A yellow banner appears with CONGRATULATIONS in black. A globe appears with many locations pinpointed in red. Zooms in to show one pinpoint icon changing to yellow, a building appearing in close-up. A Welcome sign is on front of building. A shot showing people meeting and getting to know each other. Close-up of Deanna. Animated document appears at her side showing ticked steps on the application. Blue text box appears with words Good luck in white. Deanna fades out.

We Are Shell (long version - CA)

Pan down on the white tiled background, three vision panels display, one larger landscape and two smaller squares. The large panel shows a woman riding a bicycle. This is followed by a wide view of a worker at a refinery, followed by a woman walking in front of the London Eye.

Text: ...it's about finding your passion.]

A laboratory setting. Two technicians wearing white coats are in discussion. One is sitting, one standing. A glove hand holding a pipette drops liquid into small round compartment in a tray. An equipment part rotates.

An office environment. Three co-workers sit in discussion, one makes notes. A smiling woman seated at a desk shakes the hand proffered to her. Two seated co-workers share a smile.

Text: 'You feel like you are part of something that is important, moving, evolving.’

In a laboratory environment, close up profile of laboratory technician looking down a microscope, followed by a close up of her gloved fingers adjusting the controls

A presenter gestures to a thermal image map. Two students wearing augmented reality glasses sit talking, one of them reaches out an arm to gesture

Outdoor time lapse view of cranes against a blue sky. An overhead view of parked trucks

Text: [By 2050 the world's population will surge to an estimated 9 billion people]

Text: -The demand for energy will be greater than ever.]

Text: 'I joined the Shell Graduate Program to work for an organization that is setting new standards in the oil and gas industry.'

In an office environment, a group of graduate trainees sit around a table in a meeting, they look at a screen.

Outside, against the backdrop of a derrick, a graduate consults with a co-worker. Their fingers point to a line on a graph.

In an office environment, an employee sits at a bank of screens talking to a graduate co-worker wearing a hard hat who is standing to his side.

In an office environment, close up of meeting participants talking and smiling

Outside at a refinery, two co-workers wearing blue overalls stand on a metal stairwell against a blue sky, followed by a close up of the men talking together.

Close up of Grace and Nick, with Nick pointing at something. This is followed by two co-workers looking at a screen and talking

Close up of Grace laughing followed by Nick presenting against a brightly-coloured screen.

In the lab, a seated technician places a test tube in a container. Close up of concentration of bubbles in a clear liquid.

Exterior view of a tall structure with solar panels against a blue sky, followed by the reflection of the structure in the solar panels.

A refinery worker in red overalls admires the sunset from an elevated level.

Text: 'I'm stretched, I'm fulfilled. It's a great company and the opportunities are endless.'

'It's just an exciting and very vibrant community.'

Discover what you can achieve at Shell.

Shell gives you many, many opportunities to discover your inherent skills. If you're proactive about your development, you can go anywhere.

Your learning curve just escalates like you would not imagine.

[Video shift to another Shell employee]

You're not just another number. You're part of a family.

Everyone is always willing to help and give their input.

It's a great company and the opportunities are endless.

Use our Degree Matcher to discover which areas of Shell are best suited to your qualifications. Or find your ideal job and see what qualifications you’ll need to make it yours.


Discover careers with our degree matcher

4 ways to stand out as a candidate

How can you increase your chances of standing out amongst all the other applicants? We ask three of Shell’s Recruitment Managers about what they think makes a candidate stand out.

Learn how to Stand Out as a Candidate

We work closely with communities to understand their concerns and identify how to address them.

Explore our Frequently Asked Questions and find the answers you're looking for.

Today’s talent is more diverse than ever before. Having an inclusive work environment is key to engaging, developing and retaining that talent.

Benefits of working at Shell